Visualizing the Drug War in Travis County: What We’ve Learned from our Newest Data Story 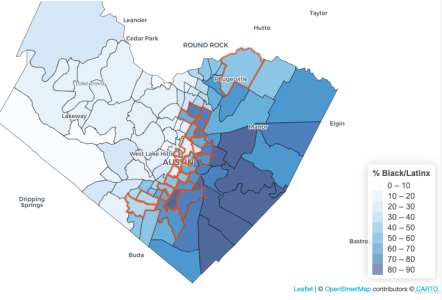 When I was an intern with TCJE, I jumped into a project analyzing a dataset of arrests for possession of a controlled substance in Travis County (Austin). The previous work on this project sparked my interest because it highlighted the communities that I’m from. I have lived in East Riverside for about 5 years and before that I came from a similar neighborhood in San Antonio. My whole life I’ve witnessed police saturation in my communities, but I always assumed it was a normal practice in every neighborhood.

After being part of this project, it was clear that all these communities had something in common: they were socially vulnerable. This means that they had more renters, lower employment and education levels, and fewer economic opportunities or social supports. We also learned that because these socially vulnerability factors existed in these areas, the neighborhoods were more likely to include drug markets. It’s not because of the people who live there, but because these neighborhoods haven’t been invested in.

Our work on this project additionally revealed that people living in over-policed areas were getting arrested at higher rates for low-level offenses than people in other neighborhoods – continuing the cycle of criminalization and all the unintended consequences that come with being arrested. At both the individual and community level, there are significant fiscal and human costs associated with increased involvement in the criminal legal system, even for minor offenses and traffic violations, which profoundly degrade a community’s economic resiliency.

How did this project start? The data we used to create this storyboard was originally collected in a joint project between TJCE (then the Texas Criminal Justice Coalition), Grassroots Leadership, the Texas Harm Reduction Alliance, and the Civil Rights Clinic at the University of Texas School of Law. In 2018, our organizations analyzed 2,900 drug arrest cases in Travis County (Austin) that dealt with possession of a controlled substance in quantities of less than a gram. We created a report called “Ending the Drug War on Travis County, Texas: How Low-Level Drug Possession Arrests are Harmful and Ineffective.” The project also included key findings and a forum for Travis County District Attorney candidates, and eventually it helped contribute to policy changes including fewer arrests and prosecutions for low-level possession!

What makes this data story different? After our original report made an impact, we wanted to dig deeper. The data we collected included locations of where people were arrested compared to where they lived. Analyzing that location data helped inspire this new project with January Advisors, allowing us to explore police saturation, social vulnerability, and community wellbeing.

How should you use this resource? We wanted to make this data as transparent as possible, and we hope you’ll find this tool easy to use. To get started, visit the website: https://januaryadvisors.shinyapps.io/tcje-travis-pocs-datastory/. It’ll be easier to use on a desktop than a phone. Simply scroll through and, as you read each section, the maps will move on the page to show where cases are centered.

What comes next? Our data visualization includes a set of recommendations to create a new framework that would end drug markets, not move them, and reduce police saturation. It is imperative that we invest in community resiliency and take a public health approach to drug use – solutions that give power back to the people and their neighborhoods.

As Austinites head to the polls to make key decisions on justice and policing (including Prop A, which would drastically increase funding for the Austin Police Department, and which is on the City's November ballot right now), we hope this tool can cut through the noise and give a real-life example of how policing can destabilize communities instead of making them safer and healthier.

And ultimately, we hope this kind of data analysis can inspire conversations outside of Travis County and across Texas. 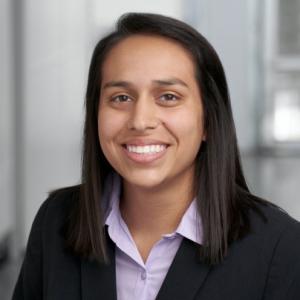 Sarah Reyes is a Policy Analyst at the Texas Center for Justice and Equity, having joined the organization as a Policy Associate in 2020. Sarah earned a Bachelor of Science and Arts degree in Human Development and Family Sciences as well as a Bachelor of Social Work degree in 2020; in 2021, she graduated with a Master of Science in Social Work. Her previous field and volunteer experience includes work with Austin State Hospital, St. David’s Medical Center, and Dell Children’s Medical Center. Sarah's passion for social justice began with her first social work class, which helped her understand the inequities in the criminal legal and other systems; she credits social work with empowering her as an advocate. As a Policy Analyst, Sarah works on TCJE’s Adult Justice team with a focus on drug policy, and she also assists with Youth Justice work.