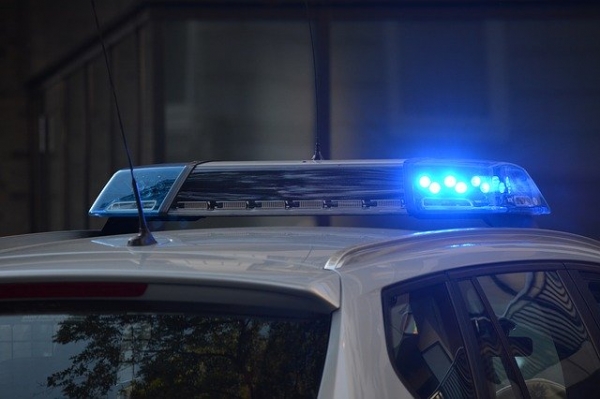 TCJE partnered with various criminal justice and civil rights groups in a coordinated campaign against the City of Austin’s contract with the police union; among other things, that contract governed disciplinary measures in response to police misconduct, as well as oversight and accountability, but it also informed police responses to particular situations, like mental health crises. In fall 2017, TCJE released a brief highlighting how the contract fails to ensure adequate oversight or appropriately address police misconduct. At the same time, TCJE released a report on Austin’s Citizen Review Panel, which recommended significant and wide‐ranging reforms intended to prevent unnecessary deaths among people with mental illness who interact with police; given that such recommendations were not binding under the terms of Austin’s contract with the police union, our report emphasized the need for changes to Austin’s oversight system to allow for real policy and procedural reforms. 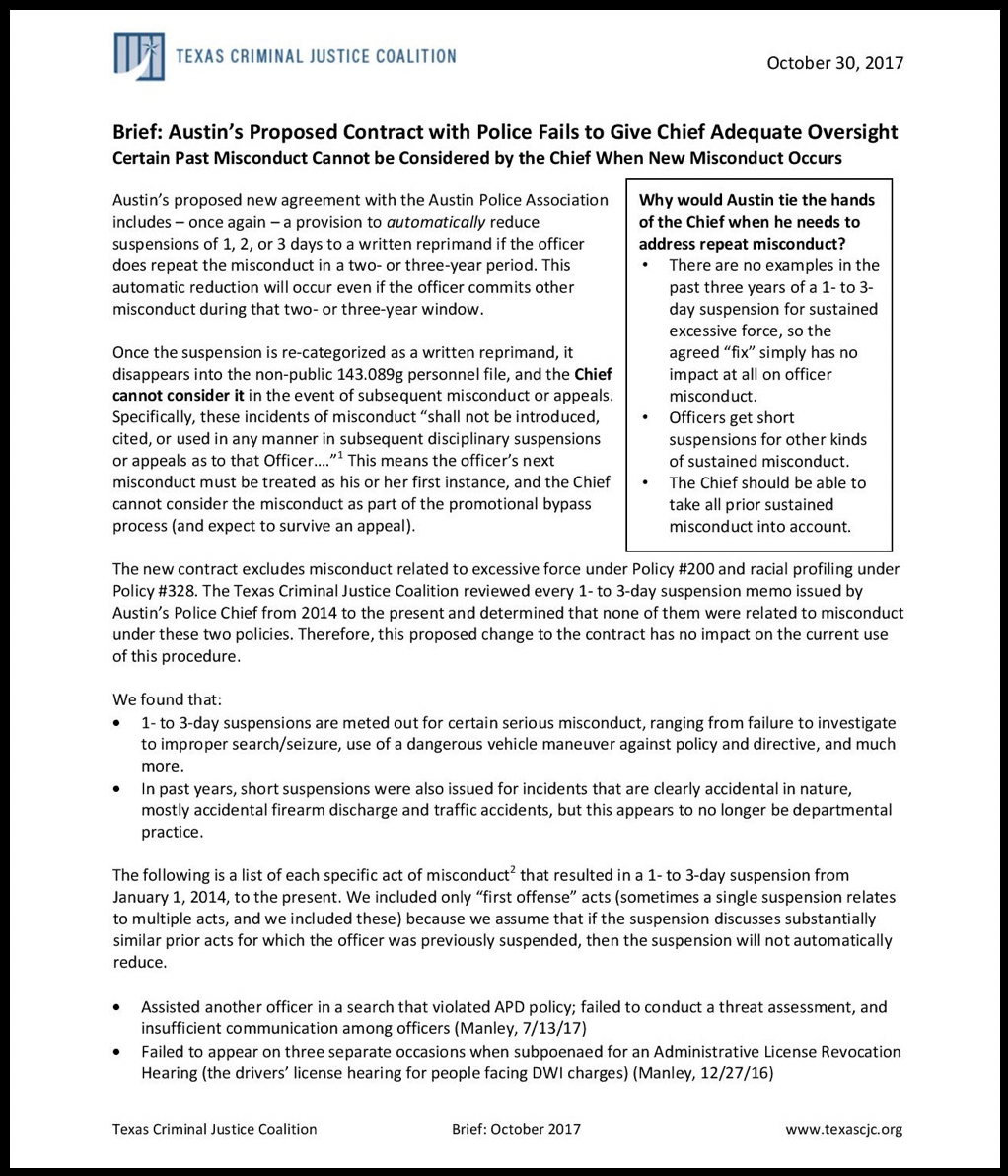 In late 2017, the Austin City Council unanimously rejected the union’s contract, freeing up $10 million that the City can spend elsewhere. Advocates pushed for initiatives that would divert people from incarceration, including drug and mental health treatment, permanent supportive housing for the homeless, and youth programs. TCJE and the Austin Justice Coalition also advocated for an independent organization to receive citizen complaints about police misconduct, given that the Citizen Review Panel was suspended during contract negotiations.

Note: In November 2018, the City Council and police union approved a labor agreement that included wins for transparency and oversight, such as the creation of an Office of Police Oversight to take complaints against officers, review cases, assess body-worn camera footage and use-of-force cases, and publicly report on investigation outcomes, disciplinary actions, and racial profiling data. Furthermore, per the new contract, police suspensions lasting three days or less will be included in an officer’s personnel file, which impacts promotions and public records.