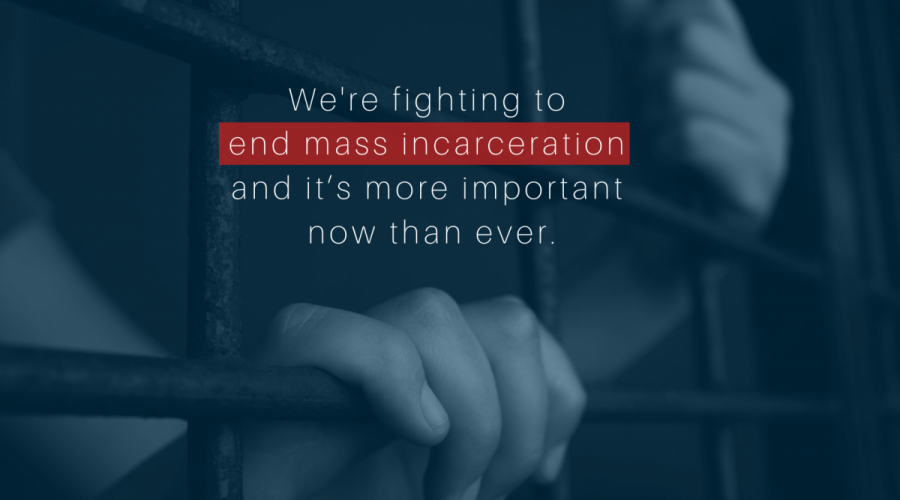 While the novel coronavirus poses an enormous threat to public health, our prisons, jails, juvenile detention centers, and other justice system facilities face a heightened risk of a devastating outbreak. Texas leaders must safely reduce the number of people incarcerated and protect those who remain locked up from the devastating impact of COVID-19.

Letter to the Governor with directives for state and county officials: As the first cases began to emerge in Texas, TCJE joined a large group of advocates and allies in sending a set of urgent directives to Governor Greg Abbott. The letter, first published on March 16th, includes recommendations for the Texas Department of Criminal Justice, the Texas Commission on Jail Standards, law enforcement, county-level officials, and the Texas Juvenile Justice Department.

Change.org petition: We accompanied our letter with a petition, which has garnered thousands of signatures from community members who agree that we must act to protect incarcerated and system-impacted Texans from the threat of COVID-19. If you haven't yet, please sign the petition today!

Response to the Governor's executive order on bail: After Governor Abbott issued an executive order blocking the release of thousands of legally innocent pretrial detainees on March 29, we released an additional statement urging the Governor to rescind the order and immediately direct county officials to reduce their jail populations as safely and as quickly as possible.

Reasonable parole- and reentry-related strategies: On April 6, TCJE joined with a group of justice advocates and published an urgent appeal to accelerate reductions in the Texas prison population. In late April, TCJE participated in a social media day of action urging Governor Abbott and the Board of Pardons and Paroles to flatten the curve by immediately releasing parole-eligible people from Texas facilities.

County-level outreach: TCJE's Jay Jenkins and Elaine Hennig authored a blog post on the need for Harris County judges to immediately reduce the jail population to prevent a widespread COVID-19 outbreak within the jail. In addition to their ongoing weekly felony bail reports, our Harris County team also created a new report to show the impact of COVID-19 on the county's justice system, including high infection rates. In Bexar County, TCJE partnered with SA Stands to create a series of reports on COVID-19 cases among incarcerated people and staff in the Bexar County Jail.

TCJE also co-hosted a webinar providing answers about COVID-19 and the youth justice system in Austin/Travis County. And our team helped organize a similar webinar in Houston/Harris County.

Separately, TCJE joined with Doctors for America and Texas Appleseed to develop a toolkit with recommendations for county stakeholders, including law enforcement, judges, prosecuting attorneys, and local executives.

Other actions and resources: TCJE's Doug Smith participated in a webinar from the National Association for Civilian Oversight of Law Enforcement highlighting decarceration and reentry strategies during COVID-19 and beyond. Furthermore, members of TCJE’s Statewide Leadership Council – a formerly incarcerated-led group committed to ending mass incarceration – have been advocating at the state and local level for safe reductions in incarceration and for supports for people behind bars; check out a blog post on members’ activities here!

In addition to these efforts, TCJE has signed on to a variety of letters, platforms, and requests addressing the novel coronavirus across levels of the justice system. These include:

Although prisons, jails, and detention facilities are known COVID-19 hotspots, with incarcerated people dying of the virus at 140% the rate of the overall Texas population, they have not been designated as a priority within the state’s rollout of the coronavirus vaccine. In December 2020, the Texas Tribune reported that while seven prisons were set to receive 1,100 doses, “only health care workers at the units were in line to get the shot so far.” It is imperative that incarcerated people be offered the vaccine as early as possible, both as a moral responsibility and a public health measure to prevent further community spread as people leave confinement.

Additionally, a vaccine rollout strategy must address the legitimate distrust that many incarcerated people feel towards the correctional medical establishment, a result of both current conditions and historic abuses. As TCJE’s Doug Smith told the Tribune, prison staff “cultivate a clear line of distrust… Peer to peer [education] is going to be critical.” TCJE will continue to advocate for equitable access to the Coronavirus vaccination throughout the rollout process.

Our work to mitigate the potential for a disastrous outbreak has been covered in the Texas Tribune, the Houston Chronicle, the Dallas Morning News, KXAN, the Texas Observer, and more. TCJE's Doug Smith and Maggie Luna also read letters sharing firsthand experiences at the intersection of COVID-19 and incarceration as part of an investigative series created by WFAA and The Marshall Project. To see all of our news coverage, head over to our News page.

COVID-19 at the Texas Legislature

Here’s how COVID-19 will affect the 2021 legislative session:

You can learn more in this article about the new rules.

The TCJE team is providing updates via our Facebook and Twitter pages as we learn more about confirmed COVID-19 cases within the justice system.

For the most up-to-date information, we recommend contacting your local officials.