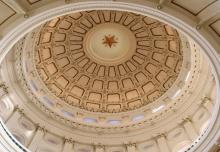 Getting Smart On Crime: New coalition launches legislative effort to bring about major juvenile and criminal justice reform in Texas

A broad-based and diverse coalition of groups is coming together to support criminal justice reforms that will make the system more just and, at the same time, improve public safety for all Texans. The Texas Smart-On-Crime Coalition will advocate for reforms that will provide punishment that actually fits the crime, protection for the innocent and a path to redemption for those convicted of non-violent crimes so they can get back to work and be productive members of society.

Read the rest of this press release here.

This election season our newspaper added two questions on drug policy to questionnaires we sent candidates for state offices. Rep. Tan Parker, R-Flower Mound, surprised me with his answer on whether he’d support putting a medical marijuana amendment on the ballot for voters to decide.

Read the rest of this article at The Dallas Morning News. 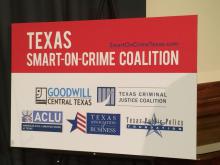 AUSTIN, TX — The Texas Smart-On-Crime Coalition will announce a wide-ranging and comprehensive criminal justice reform agenda for the 2015 Legislative Session at a Capitol news conference on Wednesday, September 17, 2014, at 10:00 a.m.

Low-level drug possession arrests are ineffective and harmful to people who need community-based help, rather than jail time, a new report concludes. The report, released Tuesday by the Texas Criminal Justice Coalition, Grassroots Leadership, the Texas Harm Reduction Alliance and the UT Law Civil Rights Clinic, analyzed Travis County data that found people of color are disproportionately arrested for these kinds of crimes.

Read the rest of this article from Texas Public Radio.